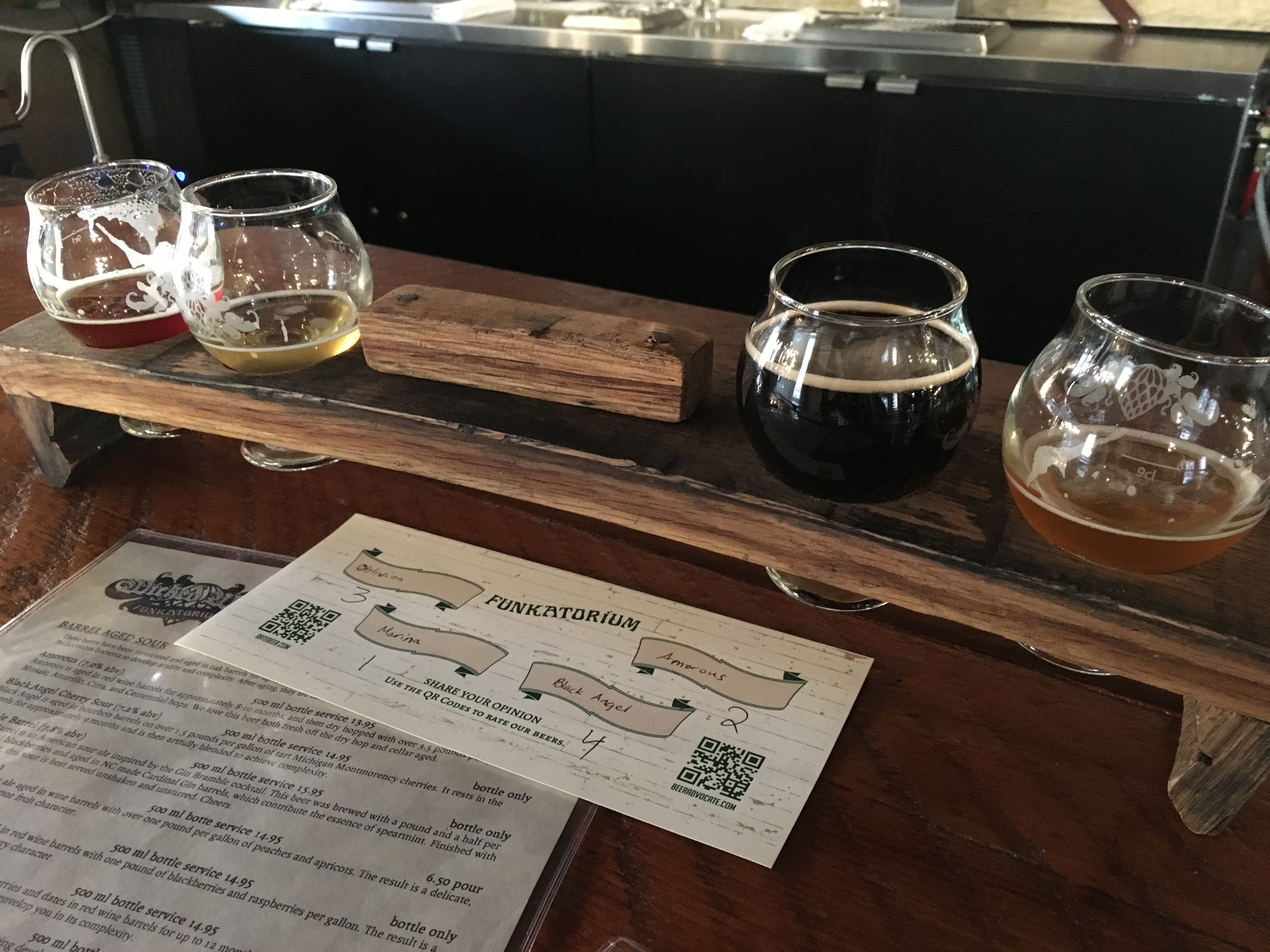 April 3 – 7, 2016: I had really been looking forward to visiting Asheville, North Carolina because I have it on my list of potential future places to live. It did not disappoint. It was just the right mix of outdoorsy, hippie, artsy, and foodie for my taste.

Here’s an overview of of our Asheville experience:

The transportation we used from our first accommodation to downtown was the public bus system, ART. Their website refers you to Google Maps for the bus schedule so that was super easy to navigate. Others staying at our RV park recommended driving to the Asheville Visitor Center and then using the hop-on hop-off trolley tour as transport. Since we knew we’d be drinking we opted for the bus to eliminate all driving.

Once downtown we walked everywhere so I could get a sense of the atmosphere of the city and so Michael could be transported from brewery to brewery (Asheville vies for the title of craft beer capital).

Our last night in Asheville we switched accommodation to something outside the city and drove the 15 minutes to visit the Biltmore Estate (see below).

As mentioned above, we switched accommodation our last night and stayed at the Asheville West KOA in Candler, North Carolina.

TIP: The HotelTonight iOS app, Android app, or HotelTonight mobile website is great for locating last-minute deals in larger cities around the world. Enter the promo code MMELLI for $25 off your first booking!

TIP: If you’re looking to book in advance or can’t find any last-minute deals, check out these accommodation options in Asheville, North Carolina.

Because we visited so many breweries, it seems worthy of a separate dedicated section. Note that the descriptions are my opinion, and not those of Michael the Beer Snob.

So, there you have it. Asheville will remain on the ‘future places to live’ list. Well, maybe only if North Carolina gets its head out of its ass regarding sexual orientation legislation.