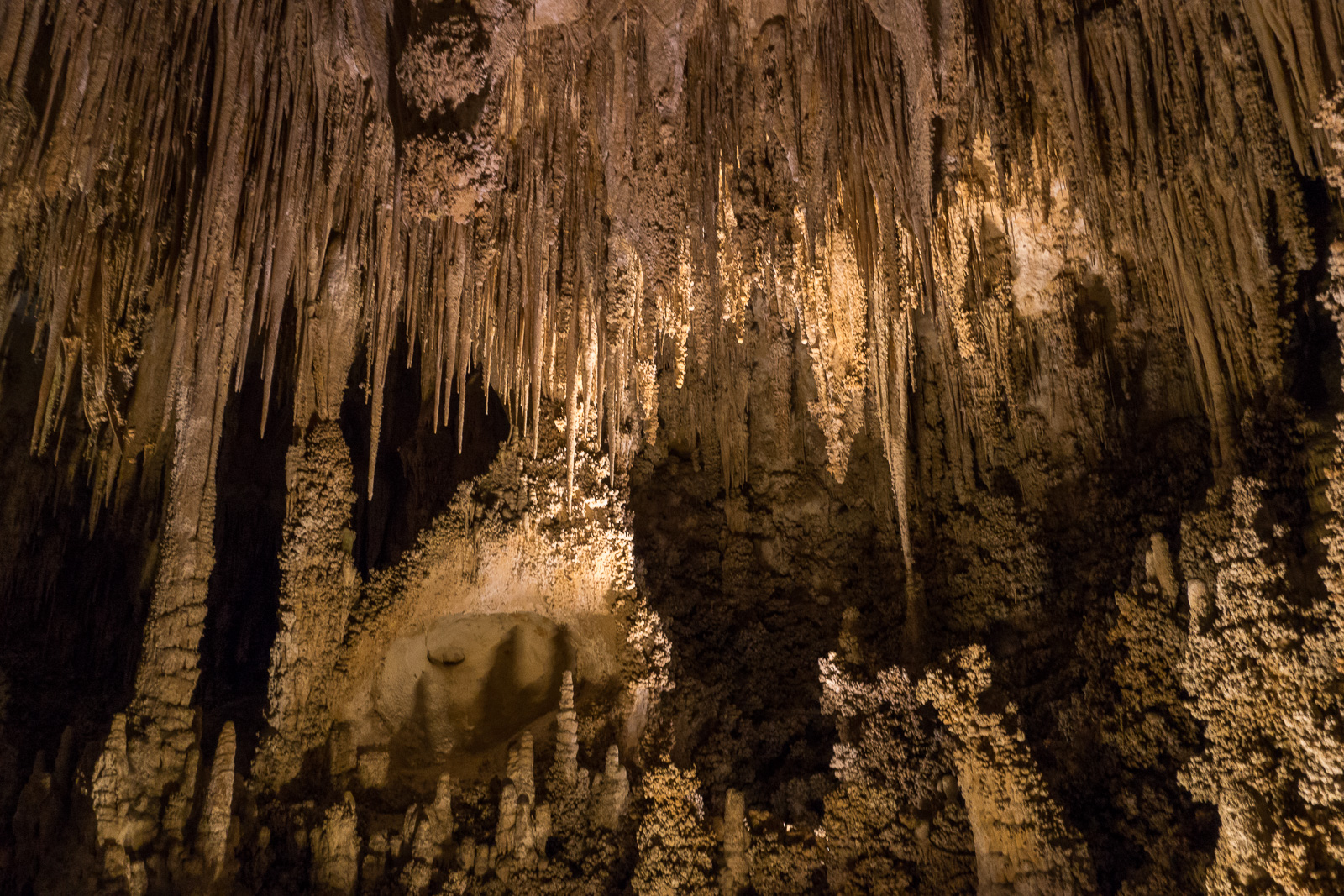 May 12 – 13, 2016: We crossed into New Mexico and arrived at Carlsbad Caverns National Park (also an UNESCO World Heritage Site) in the early afternoon.

Although there are guided wild caving tours available, the most popular activity at the park is to descend into the depths of the cave and view the gorgeous formations on a self-guided walk (no special equipment required). There are elevators that will save you from the 1.25 mile / 750 feet descent however they were out-of-order when we visited (we would have chosen the Natural Entrance route anyways).

Words do not do justice to the beauty that lies within the caves:

My favorite formations are the soda straws (tiny stalactites) and the drapery formations.

I find caves to offer other-worldly silent treasures. We’ve climbed through accessible caves at Lost River Gorge & Boulder Caves in New Hampshire, conquered wild caving at the Cave Lodge in Mae Hong Son province, Thailand, gaped at the big cave Tham Kong Lo in Laos from a boat, scrambled over rocks in lava tubes at Mount St. Helens in Washington, and walked through the caves at Mammoth Cave National Park in Kentucky. Each of these experiences has been very unique and Carlsbad Caverns is no exception. Of our experiences, this site has the most picturesque and complex formations.

After we completed our cave tour, we decided to wait around until a 7:15 PM bat program. The program began with a Q&A session with a park ranger to answer questions from the audience about the Carlsbad Cavern bats. We felt that the session would have been more effective if it began with the dissemination of some basic information first. Then, around sunset, we all eagerly awaited the emergence of hundreds of thousands of bat from the cave. But, unfortunately, we only saw a few straggler bats emerge. There’s no guarantee that wildlife will behave as expected and, much to our dismay, this was one of the rare occasions that the bats chose to stay put inside the cave. It may have been due to the high winds that the area that been experiencing. Or, who knows what else?

Despite the disappointing bats, this national park was absolutely astounding.