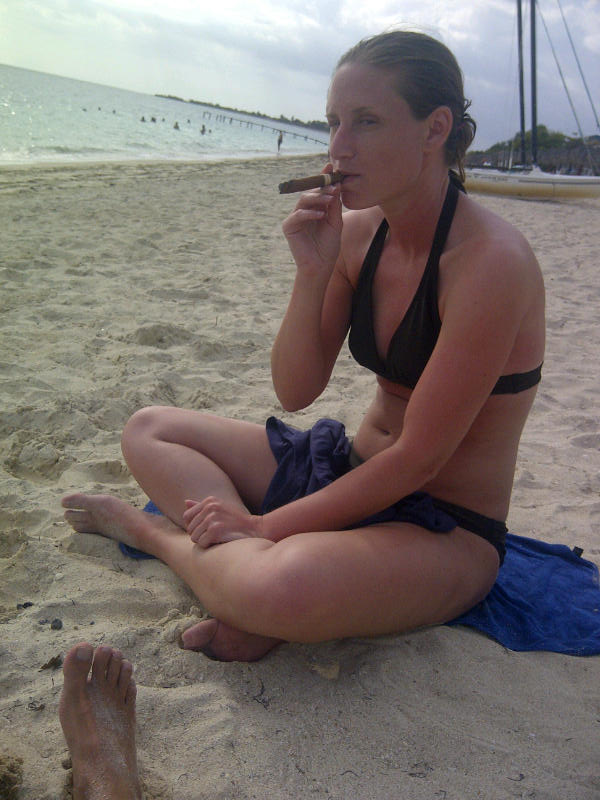 Back in February my Norwegian friend booked our flights (which you can read about here) and, on April 1, 2012 I set out for Panama City, Panama. I spent a night in Panama City before meeting my friend at the airport the next morning (she was coming from Guatemala).

I had anticipated having to ask the Cuban official to NOT stamp my U.S. passport. However, when we arrived in Havana, I didn’t even have to make the request. My Norwegian friends’ passport was stamped and mine was left alone.

UPDATE: There have been reports that, in 2014, Cuba started stamping U.S. passports as a matter of policy. If you are a U.S. citizen with Global Entry, it is not likely that your stamps will be reviewed as part of your re-entry to the United States but otherwise I would suspect the stamp might be noticed.

I had also read that proof of medical insurance might be requested upon arrival in Cuba and, if proof couldn’t be provided, it would be necessary to purchase insurance from a booth at the airport. Clearly my United States health insurance wouldn’t cover me in Cuba but I wasn’t asked for any proof so I can’t comment further on this potential requirement.

Before departing the airport in Havana we exchanged currency. I had brought U.K. pounds and Euros to exchange for Cuban dollars because the commission is much higher on U.S. dollars.  There are two national currencies in Cuba – CUP and CUC – and foreigners will be given CUC. If you visit local merchants you may find CUP prices – however, this generally will not be what you’ll pay. Also, if you’re exchanging monies to cover the duration of your visit, keep in mind there is an airport departure tax ($25 CUC) payable only in CUC.

Accommodation in Cuba is either in hotels or in casa particulares. We elected to stay at casa particulares (private homes) as they would support the people more than the government-run establishments, would be less expensive, and would also allow for us to meet the people and live more locally. In general, it was difficult to find information about accommodation and even more difficult to get a response to my email inquiries.

However, I had found mention of Julio and Elsa who run Hostal Peregrino (yes, they have a website!) on a TripAdvisor post and Julio responded to my email promptly. We arranged for an airport pick-up (same price as a state-run taxi) and an initial two night stay in a standard room ($25 CUC per night per room with our own private bathroom) at the Lealtad location. We extended our stay by another night once we were there. We spent our time in Havana walking and exploring – around various neighborhoods and alongside the Malecón (seawall). Old Havana is a UNESCO World Heritage Site – the numerous plazas, cobblestone streets with old vehicles, and outstanding architecture made for a fantastic time exploring the surroundings. We ate meals both at our accommodation (good authentic food and supports the local economy) as well as in restaurants (touristy).

From Havana, we took a local bus for about four hours through the countryside to Cienfuegos; a city on the southern coast of Cuba. Cienfuegos is known as waterfront city with a music scene – it is the birthplace of Benny Moré. The Urban Historic Centre of Cienfuegos is also a UNESCO World Heritage Site; and is the best example of early 19th century Spanish Enlightenment implementation in urban planning.

When we arrived at the bus station, we followed a local boy to a casa particular and arranged to stay for two nights. We were arrived the day before Easter and wanted to observe the local festivities. The entire town came out to watch and join in the procession. Of course, I was distracted by the festivities and have no photographs. When we returned to our casa, our hosts had not yet returned home and our key didn’t seem to work in the old wooden door. We sat on the stoop and waited. While we waited numerous neighbors came over to see if they could help and even tried calling our hosts (much to our dismay of course; it was probably one of the few nights a year our hosts went out to celebrate). All the meanwhile the family dog was getting riled up inside. He probably wasn’t used to being left alone and couldn’t understand what all the ruckus outside the front door was about. What happened next was heartbreaking… Our hosts returned home, their key didn’t work either so he jumped the courtyard wall to break-in and unlock the front door for us. Upon opening the door, their dog ran outside to greet us, ran right into the street and under the wheel of a moving vehicle. The dog screamed, we all screamed. The owner reached out for the dog but the dog, obviously in pain and shock, bit the owner. The rest of the night was a blur but I recall many phone calls and providing band-aids and other medical ointment (hard to find in Cuba). In the end, the owner would heal fine but the dog did not survive. I think the hosts were happy to see us departing.

We carried on, via local bus, another almost two hours to Trinidad. Trinidad and the Valley de los Ingenios (nearby area containing many sugar mills) marked our third UNESCO World Heritage Site on this trip. We started by visiting Parque Guanayara (located in Gran Parque Natural Topes de Collantes) where we saw beautiful landscapes and waterfalls including, I believe, Cascada El Rocío.

We also visited a coffee plantation. The tour included walking the grounds of the plantation as well as an overview of the harvesting process.

The rest of our time in Trinidad we spent exploring the preserved Spanish colonial town and at the beach – Playa Ancón. We made sure to try a mojito with Havana Rum and a famous Cuban cigar before we left.

After a six hour bus journey we arrived back in Havana for a final evening before departing the next day.

Because our time in Cuba was limited to only about a week, we only had the opportunity to visit the three cities of Havana, Cienfuegos, and Trinidad. I would love the opportunity to return to Cuba and get off the beaten path and tour the entire country!

TIP: I’m a fan of using the Lonely Planet Travel Guides as background and reference material. Prior to this Cuba trip, I had purchased Lonely Planet Cuba Travel Guide and would love to have the opportunity to use it more extensively.

But, it was time to return home. I flew back to Panama on the return ticket my friend purchased and then back to the United States on my round-trip ticket to/from Panama. When I landed in the United States I proceed to the Global Entry kiosk. Much to my surprise, the machine was unable to identify my flight, find me on the flight manifest, or had some other sort of system error. I admit, I started to get quite nervous until the gentleman next to me had the same problem (and I could only presume that he wasn’t also coming from Cuba). We were pulled aside and asked to sit in a waiting area. I have no idea what the problem was but I wasn’t asked any questions other than my flight number and ultimately was let go about an hour later. Phew. Success.