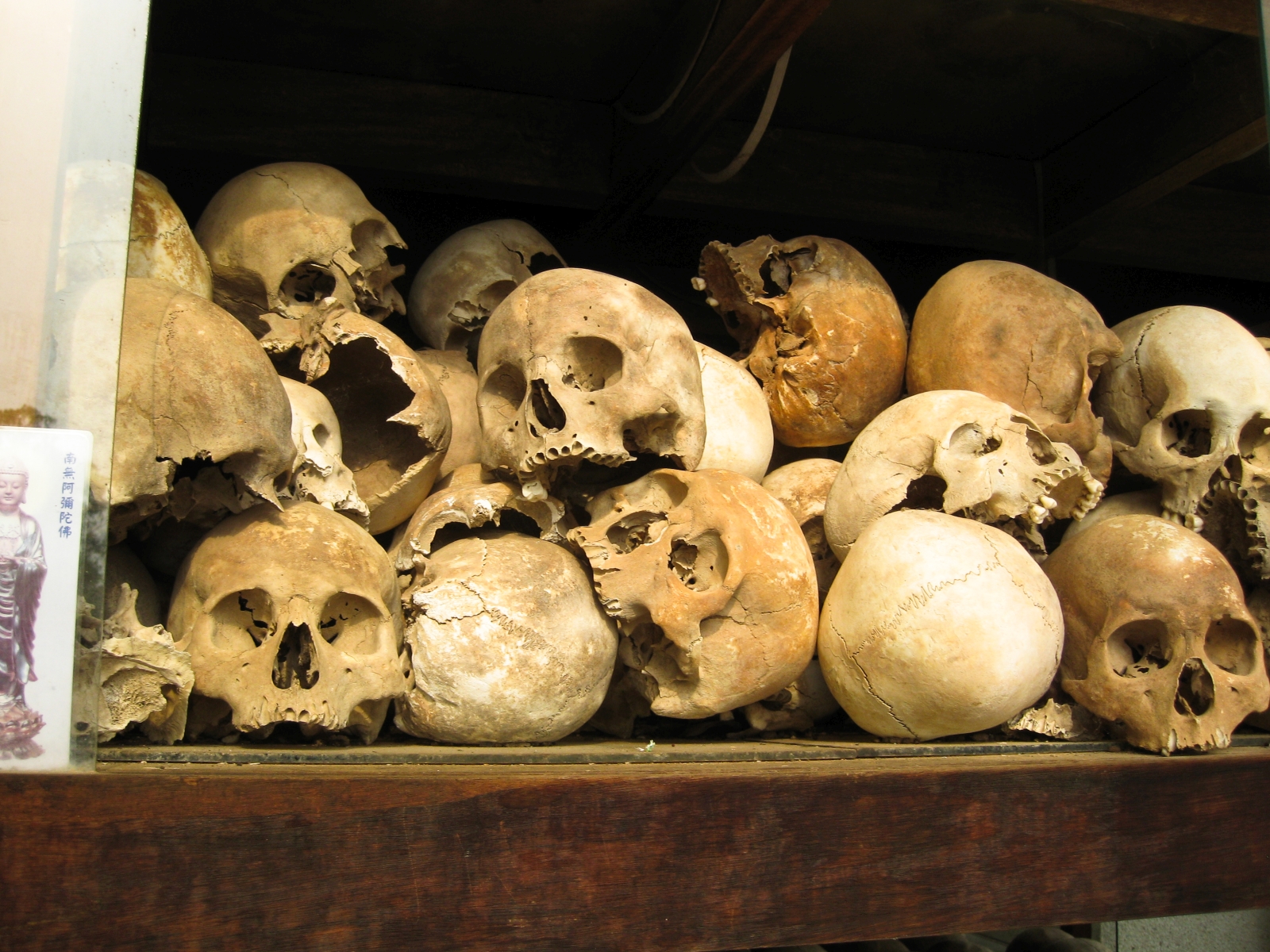 The bus was an experience – blaring Khmer karaoke to melodramatic Khmer soap operas were playing on the television and, unlike most local South Asia transport, there was air conditioning. Freezing cold air conditioning.

When we arrived in Phnom Penh we spent the rest of the day exploring the grounds of the Royal Palace complex. The Royal Palace is the residence of the king of Cambodia and two of the four quadrants are open to the public. One of the areas open to the public is the Silver Pagoda compound which contains Buddha statues that are considered national treasures. The most famous is the “Emerald Buddha” – a small green crystal Buddha. This area also includes a life-sized gold Buddha that is adorned with 9584 diamonds, the largest of which is 25 carats! There is also a miniature model of Angkor Wat on the grounds.

The next day we spent on a guided tour learning about the atrocious history of the Khmer Rouge regime. The Khmer Rouge ruled Cambodia from 1975 – 1979, immediately after the Cambodian Civil War which took place from 1970 – 1975. During their rule, there were between 1.7 to 2.5 million deaths that resulted from Khmer Rouge policies. At least 1.38 million of these deaths were the result of executions.

Our first stop was the Tuol Sleng Genocide Museum. The museum is a former high school that was known as Security Prison 21 (S-21) from 1975 – 1979. The walls are filled with photographs of the prisoners; as many as 20,000 people were executed here after having been tortured on the prison grounds. There were only twelve known survivors of this prison.

We then visited the Killing Field of Choeung Ek. Collectively, the Killing Fields refer to a number of sites in Cambodia that the Khmer Rouge used as mass graves. The Choeung Ek site was found to contain the remains of 8,895 bodies; many of whom were prisoners kept at Tuol Sleng Security Prison 21 (S-21). Today the site is a memorial. A Buddhist stupa is the centerpiece and, though the acrylic glass sides, one can view over 5,000 human skulls. These skulls are from the remains that were found in the mass graves at the site. Walking the grounds of Choeung Ek, you will find yourself stepping over human bones which still are scattered across the grounds.

It is difficult to comprehend these atrocities. Visiting these two sites made the history ever more real and ever more atrocious.

That evening, as we reflected on our day over dinner outside the Independence Monument (built in 1958 to celebrate Cambodia’s independence from France in 1953), a young boy walked past our table. He walked past again and engaged us in some conversation. He then took both of us by surprise when he planted a big wet kiss on my cheek! This young boy is in the first generation that will grow up without the first-hand horrible memories of the Khmer Rouge regime and rule of Cambodia. That makes me happier and I hope his future is bright.