Houston, Tranquility Base here, the Eagle has landed. 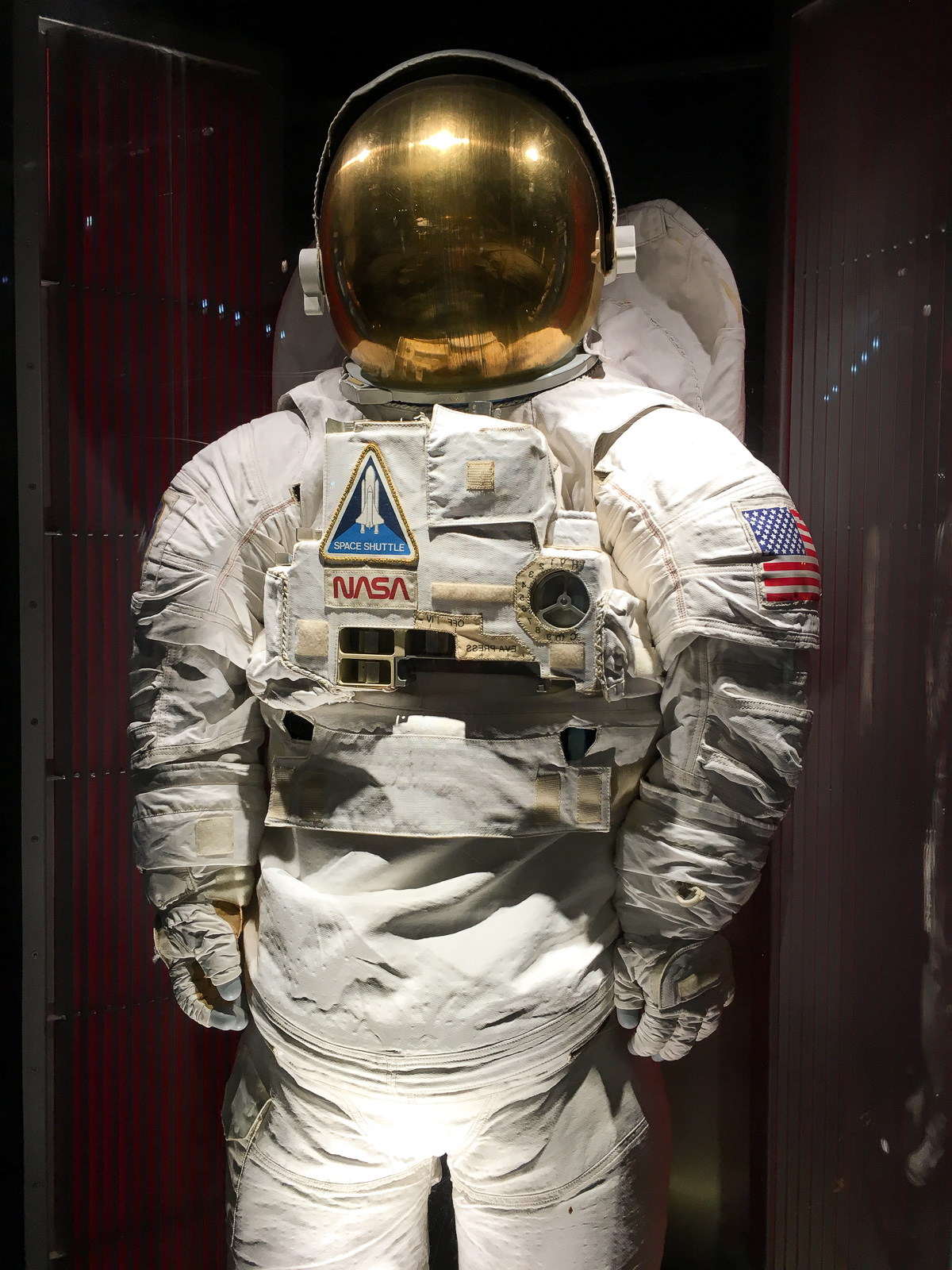 April 28 – 29, 2016: After departing Sam Houston Jones State Park in Louisiana in the morning, we headed to Houston to check out Space Center Houston.

This was fantastic and is a not-to-miss destination. Parking costs $6 and regular price admission is $24.95 (discounts available for AAA and others).

We hopped on the tram tour to kick off our visit and shortly thereafter arrived at the still operating NASA Johnson space center. It is here that NASA continues to monitor space missions and research their associated complexities. The research covers a wide spectrum of topics; analysis of geological specimens to improving the quality and taste of the food provided to astronauts. The first tram stop was at the Mission Control building. We sat in the auditorium (with original furnishings and fixtures from the 1960s) that overlooks the historic mission control center. Past presidents, foreign dignitaries, and celebrities sat in the same seats watching NASA personnel in mission control oversee and communicate with those on our space missions – nine Gemini missions and all Apollo missions. Imagine the excitement when the United States took their first steps on the moon in the Apollo 11 mission, or the horror witnessing the Challenger accident. It brought tears to my eyes think about all the history witnessed from those seats. Meanwhile, the current (new) mission control center, built in 1995, was just a floor below us and is manned 24-7 to communicate with those aboard the International Space Station. Although the advancement has slowed over recent years, the United States has a goal to land on Mars in the 2030s with the Orion program. NASA released an outline of the next steps here. So, I’d anticipate memorable events to continue to unfold within the same building for many years.

Our next stop on the tram was a large building that houses a restored Saturn V rocket. The size of the engines, and entire rocket, is unimaginable and it’s quite neat to see the most powerful rocket ever built in real life. I’m not sure the photos can accurately provide a sense of scale.

We spent the rest of the day (right up until closing time!) back in the main Space Center Houston center. We watched a movie about the history of space exploration and took in the information presented in the exhibits.

A few things that I found particularly interesting:

A section just outside the main center, Independence Plaza, contains an shuttle carrier aircraft with a shuttle replica attached. Walking through the shuttle carrier, it’s interesting to experience the modifications from the original passenger jet.

Oh, and, we touched a lunar rock.

The Cockrell Butterfly Center, part of the Houston Museum of Natural Science, was highly recommended but unfortunately we weren’t able to visit because of the length of time we spent in Space Center Houston. We had dinner at The Hay Merchant, where Michael claims he had the most amazing PB&J chicken wings before driving to Spring Creek Park in Tomball, Texas (approximately 45 minutes north of Houston). This park has a few free RV campsites but we must have missed the park gates closing by two minutes. Other campgrounds were over an hour away and we weren’t even sure of access or availability.

Time for our first Walmart boondocking experience in Tomball, Texas.

We made out OK; neither of us slept terribly well and we couldn’t enjoy a shower in the morning but, we’ve gone without plenty of times before. At least we still were able to brew our coffee. As far as I’m concerned, that is all that matters.