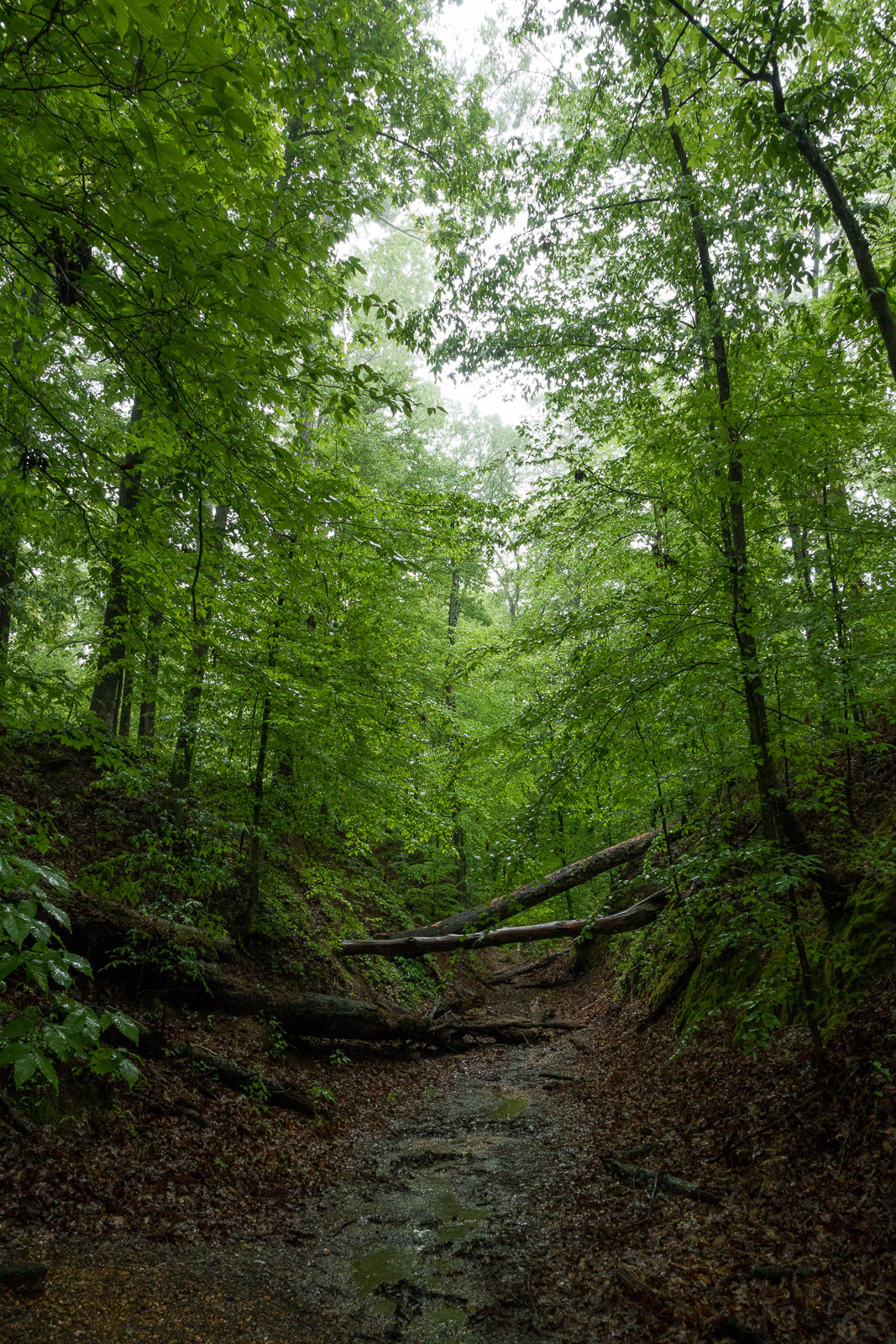 April 12 – 16, 2016: Departing Nashville, Tennessee we headed towards the Natchez Trace Parkway northern terminus with a lunch stop at the Loveless Cafe – a mainstay on Nashville Top 10 dining lists.

My breakfast of BBQ pork and eggs (over a cornbread pancake sort of thing) was amazing; Michael had fried chicken that was good but not as amazing as the fried chicken we ate at The Olde Pink House in Savannah, Georgia. Of course we sampled their famous biscuits.

All fattened up, we started the Natchez Trace at the beginning – mile marker 444 – ready for history, nature, and a more rural atmosphere.

We were armed with a book given to us by friends:

We stopped at point of interests, outlined in the book, such that we:

We covered all 444 miles of the Natchez Trace, starting in Tennessee, crossing through a section of Alabama, and traversing Mississippi. A downed tree tried to thwart our plans and force us to leave National Park owned land in Mississippi, but the man with the chainsaw saved the day.

We ended our journey at the southern terminus of the Natchez Trace Parkway in Natchez, Mississippi. We enjoyed a dinner overlooking the Mississippi River and looked, perhaps longingly, at Louisiana on the other side. The next morning we departed Mississippi for Louisiana but not before sampling Fat Mama’s Tamales (since tamales are the notable Mississippian delicacy).

TIP: If camping isn’t your style, you might be out of luck! I can’t imagine recommending an overnight in any of the surrounding area. And, don’t support Mississippians who support ridiculous sexual orientation legislation.