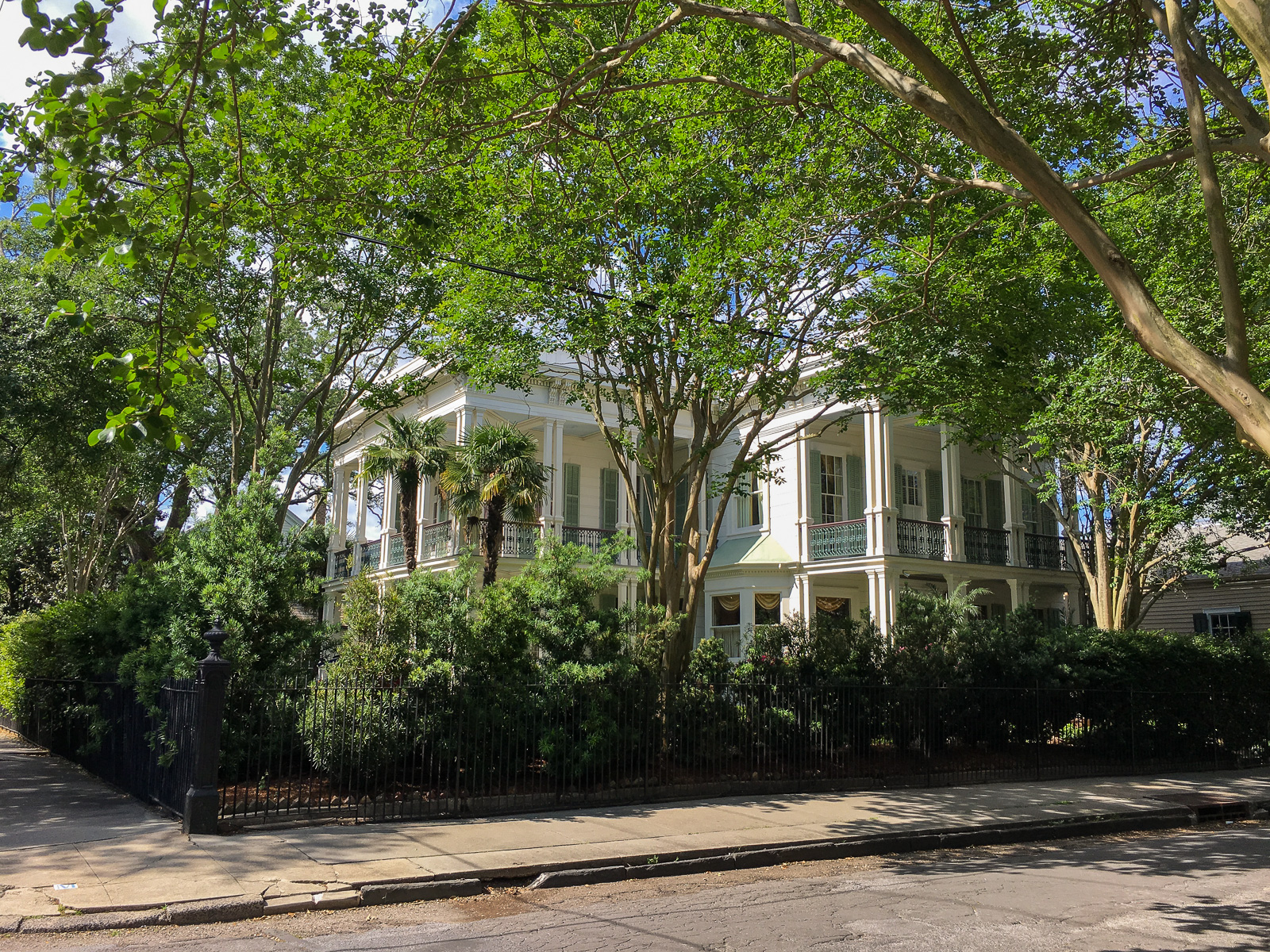 April 22 – 26, 2016: Michael flew back from New Jersey – he had a great time at the Underworld show in NYC whilst I enjoyed relaxing in the sun on Grand Isle, Louisiana – and we met up in New Orleans at our campground.

For our first full day in New Orleans we had tickets to Jazz Fest 2016. We drove out to the City Park area and, for $15 per person, bought tickets that included parking and a shuttle to the fairgrounds.  When we arrived at the festival we wandered the fairgrounds, listened to artists, and ate traditional food including the famed cochon de lait – suckling pig po’boy – delicious. In the late afternoon we found a place to camp out for the Pearl Jam show. Pearl Jam was headlining the festival that night and was the primary reason we had tickets (Michael has a crush on Eddie Vedder). I didn’t love the show but the weather was beautiful and apparently the lineup was pretty good. When the show was over the fairgrounds looked like a trash dump so the crowd wasn’t exactly respectful but I suppose that’s what you get at a festival filled with thousands of people. Travel is all about enjoying different and varying experiences and I’m grateful for each and every opportunity.

Our second day in New Orleans, we took the public bus (Kenner local line from the New Orleans KOA) to the end of the line and transferred to the iconic streetcar. The streetcar passes through the Garden District (which we’d be exploring the next day) and ends in the French Quarter.

We disembarked at the last stop and made our way to Café Du Monde where we waited in line for a table to savor beignets and chicory coffee before walking amongst the vendor stalls, selling artworks and souvenirs, in the French Market. Before moving on to sample the drinking culture, we followed a self-guided walking tour (I love these!) of the French Quarter to learn some history of the city.

By the end of the walking tour we were ready for our upscale New Orleans drinking experience. Where better to enjoy cocktails, than the city that practically invented the cocktail (or maybe just the Sazerac)? Michael promised to write a ‘drinking in New Orleans’ post and, when he does, I’ll link to it here. In the interim, a summary:

Our last day in New Orleans kicked off in the Garden District at Joey K’s with a Southern comfort food lunch of hamburger steak for me and chicken fried steak for Michael. Then, on to another self-guided walking tour! This was my favorite part of New Orleans; simply walking around in warm weather, gazing at the architecture of the various homes, and giggling at the Mardi Gras beads in the trees. We also walked through Lafayette Cemetery No 1, learned about the old burial techniques, and enjoyed the serenity.

We ended our walking tour with a stop at The Avenue Pub (top 50 beer bar). We then moved onto The Courtyard Brewery and dinner at Butcher before walking back into the French Quarter. Here we ended our cocktail tour with:

I’d say we did New Orleans right. We may not have had the crazy Mardi Gras experience but, hey, we’re old and still had plenty of cocktails. Despite having wanting to visit New Orleans for years, I never expected to enjoy it as much as we did. It has the sort of sleepy southern charm that I love and could see myself wandering around in permanently. IMHO, the charm of Savannah, Georgia but with a big boy bad attitude. I dig it.

TIP: The HotelTonight iOS app, Android app, or HotelTonight mobile website is great for locating last-minute deals in larger cities, such as New Orleans, around the world. Enter the promo code MMELLI for $25 off your first booking!

TIP: If camping isn’t your style and you’d like to book in advance, check out these accommodation options in New Orleans.