Nicaragua Trip Summary (keeping the Toñas out of it) 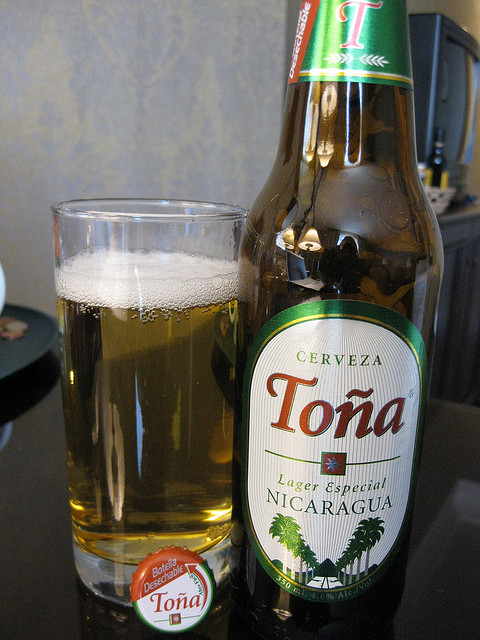 December 19 – 30, 2010: The GAP Adventures Essence of Nicaragua tour was a blast and I made some amazing new friends!

UPDATE: Gap Adventures is now GAdventures and the Essence of Nicaragua tour is still offered today. The itinerary is slightly different than it was in 2010 but I’m sure it is still fantastic! We highly recommend GAdventures and have used them for over five trips between the two of us.

Unfortunately, I am not as responsible as Michael when it comes to photography so I’ve tried to share the flavor using public domain images representative of what I saw when I do not have an associated photo.

Here’s a summary of the Nicaragua adventure with some of the highlights:

December 19, 2010: Departed Newark, New Jersey, United States and arrived in the capital city of Managua, Nicaragua (after a brief layover in Houston, Texas, United States). I then made my way to the city of Granada where I walked around and chatted to a man in Spanglish in the central square. I then met my fellow travelers and enjoyed getting to know them over dinner in the evening.

December 20 – 21, 2010: We spent the first day in Granada marveling at the colonial architecture and charm – although there are automobiles, there are also still horses on the street! Granada is a very walkable city and, after an orientation walking tour by our tour leader, we set out in small groups to explore the city. We climbed the bell tower at Iglesia de La Merced for amazing views of the city, visited Granada Cathedral, walked through markets, and got lost in residential areas where we scrambled to get out of backyards as chickens were being shot.

We also took a boat trip though Las Isletas, comprised of 365 islands, in Lake Nicaragua. These islands were formed 20,000 years ago as the result of a volcanic explosion. Lake Nicaragua is a freshwater lake but it contains sharks. It is the 19th largest lake in the world and the 9th largest lake in the Americas. We viewed the fort of San Pablo which was constructed to protect Granada from pirates in the 18th century as well as many private residences.

The next day we climbed up Masaya; an active volcano that spewed rock and lava as recently as five months ago. It wasn’t much of a climb – more of a walk up a paved path followed by a brief walk on another trail to reach an amazing view of a crater lake. The views during the entire walk were breathtaking. It was also was super stinky. There was a strong sulphur odor that really bothered some people with asthma or allergies but I didn’t have a problem; it just stank. Fun fact: Masaya Volcano National Park was the first national park in Nicaragua – established in 1979.

December 22 – 23, 2010: We traveled a few hours to León where we climbed another active volcano. The volcano, Cerro Negro, is about 800m and is Nicaragua’s youngest volcano. We were here to go volcano boarding! It was a tough climb to the top as we were carrying a backpack containing a jumpsuit, goggles, knee pads, elbow pads, wrist guards, and gloves. We also had our board – a wooden toboggan; a.k.a. a piece of plywood – strapped to our backs. By the time we reached the top it was almost dusk. We spent way too long taking jumping photos (such as this one of me) so we had to hurry down lest we’d be barreling down the volcano in the dark.

Well, that pretty much happened. Ooops! Since this experience is not to be missed and my footage is of darkness, here you will find a YouTube video of someone else’s experience that appears quite similar to mine. Except in daylight.

After getting showered a few of us hit the town. We had such a great time that we didn’t return to the hotel until 3:30AM. When we arrived we found the gates locked up, as is typical in Central American cities, however we were unable to wake the night watchman. He was sleeping so soundly! We pounded on the doors until, finally, one of our fellow travel companions heard the ruckus and let us in.

The following day we explored the politically progressive city of León. León is considered Nicaragua’s cultural and intellectual hub and the first Nicaraguan university was founded in León in 1912. My favorite part of the day was searching for and studying the numerous politically-charged murals that are scattered in the streets. These murals depict Nicaragua’s turbulent history and often depict the heroes and martyrs of the Sandinista movement alongside the expectation of a better future.

In León, we also

UPDATE: The León Cathedral was inscribed on the World Heritage List in 2011!

December 24 – 25, 2010: We departed León for the days’ journey to Ometepe Island. We drove south to the town of San Jorge where we boarded a ferry to cross Lake Nicaragua to arrive on Ometepe Island. Ometepe Island was, by far, the most remote and rural destination on the tour. The island is located in the middle of Lake Nicaragua and was formed out of the lava flowing in between the volcanoes of Maderas and Concepción that are located on the island. It contains jungle forests brimming with wildlife alongside small villages that sustain themselves fishing and farming crops in the fertile volcanic soil.

We were on Ometepe Island for Christmas Eve and Christmas Day so we visited a local orphanage. We brought gifts, danced, and had a good time. The gifts were those that we purchased in the markets of León – I had found a Yankee baseball shirt and baseball hat for a teenage boy. The children taught us local dance and we all partook in breaking a piñata. We also had a fantastic meal with a local family who hosted our entire group and showed us how to make the delicious corn tortillas that are prevalent across Nicaragua.

Whilst on Ometepe Island a few of us also took local transport to the rodeo. Although part of tradition, it was difficult to watch people intentionally making the bulls angry for the amusement of the crowd. We didn’t watch the fight for very long and instead enjoyed the various food and drink options available from the vendors.

Although I didn’t visit the Museum El Ceibo located in Moyogalpa, other members of our tour group said it was very interesting. In particular, they enjoyed an exhibit about the history of Nicaraguan money and its revaluation.

December 26 – 28, 2010: When we departed Ometepe Island, we took the ferry back across Lake Nicaragua and then hopped on a bus to San Juan del Sur, a beach town with a low key atmosphere. Here we lounged on the beach, including the beach (Playa Hermosa) where the reality TV series Survivor was filmed, and I even tried to learn to surf! In the evenings we enjoyed a vibrant nightlife (read: complete with many Toña Cervezas).

December 29 – 30, 2010: We departed San Juan del Sur to return to Granada for our final night. On the way back to Granada we stopped at a shared farm. The land was owned by a single individual and plots were rented out to people who earned their living by farming the shared land. It was here that I almost got trampled by an excited bull but was a bit too hungover to notice. Good times!

After a final night in Granada, I departed Managua, Nicaragua and arrived Newark, New Jersey, United States (after a brief layover in Houston, Texas, United States). I arrived home wearing flip flops to find many feet of snow on the ground!

In summary, the GAP Adventures Essence of Nicaragua tour was a blast and I made some amazing new life-long friends!

UPDATE: I have visited and/or traveled with one or more of these amazing new friends: