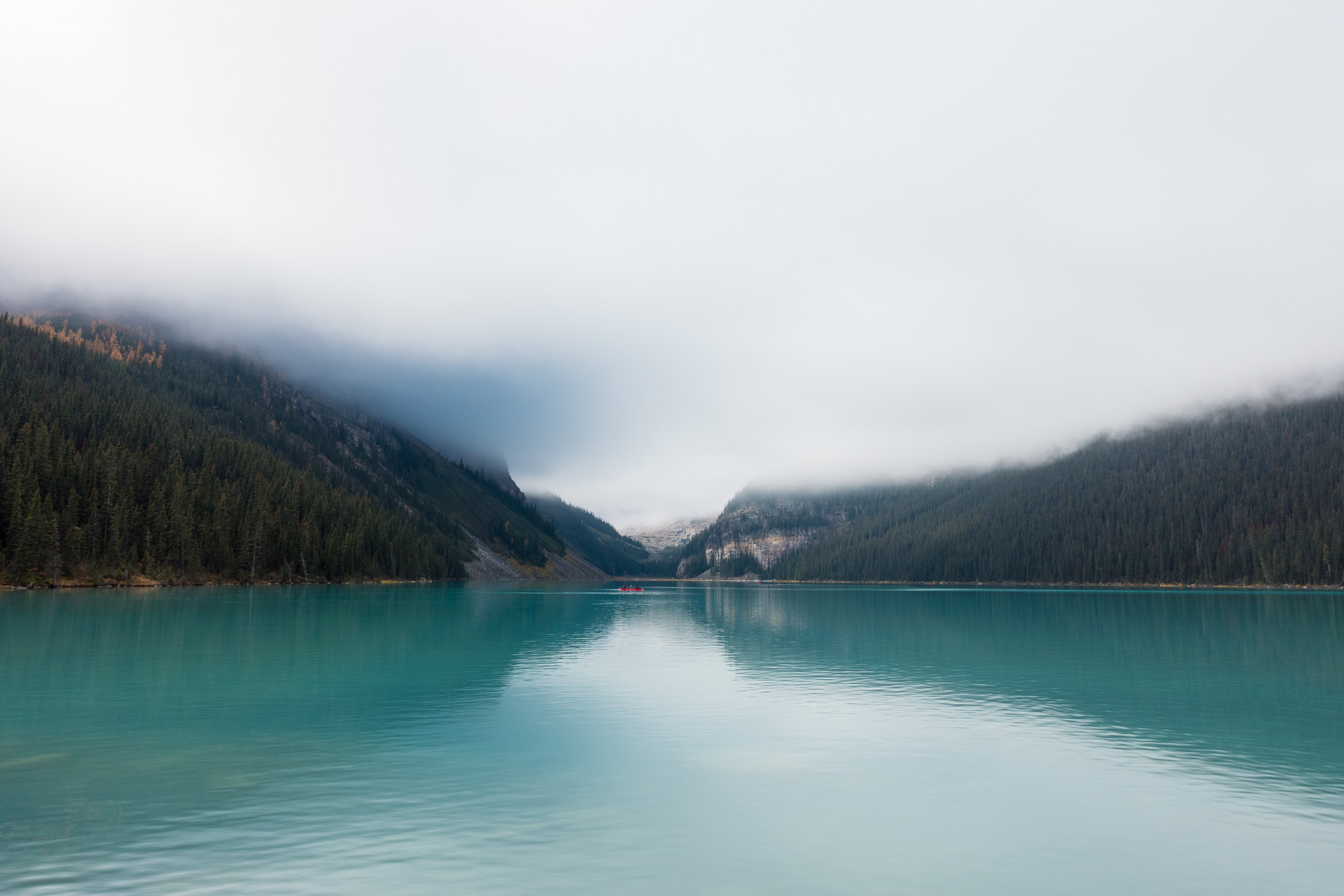 On our way to our campsite in the park, we stopped at the site of the Banff sightseeing gondola. It is located just outside the town of Banff and traverses up and down Sulphur Mountain. I had the bright idea that we should hike up the mountain and take the gondola back down – we needed some exercise, right?! I was definitely regretting that suggestion as we hiked the 5.7km up and one of the very few folks we encountered told us that there was a black bear up ahead! We had no bear spray or bear bells but kept going. We passed a park ranger with a rifle who said she hadn’t located the bear but numerous sighting had occurred. We made it to the top huffing and puffing but the sense of accomplishment was great. Even more spectacular were the views – we were overlooking the Bow Valley and looking out at six Canadian Rockies mountain ranges. At the top of Sulphur Mountain we continued on with a 1km self-guided interpretive walk on the Banff Skywallk which led us out to the Cosmic Ray Station National Historic Site and Sanson’s Peak Meteorological Station. The views were astounding. After a celebratory beer, we took the gondola back down the mountain, enjoyed dinner at Banff Avenue Brewing, and continued on to our campsite where we were again informed of a bear sighting.

The next day we set out for Lake Louise via the Bow River Valley Parkway. This is a recommended scenic route with a number of stops along the way for both viewpoints and short hikes. Canada does an amazing job of providing tourists with informative brochures and literature that outlines attractions, scenic routes and also includes an appropriate amount of history and context. As recommended, we hiked Johnston Canyon – both to the Lower and Upper Falls, which was 2.7km – it was picturesque but extremely busy. We made some other stops along the way at various viewpoints and did some short hikes to waterfalls. It was nice to make a day of the scenic drive. Dinner was cheese ravioli and buffalo whiskey sausage purchased from the local grocer and cooked in Camper Dan. Dinner and music in Camper Dan is a lovely way to end a day filled with adventure.