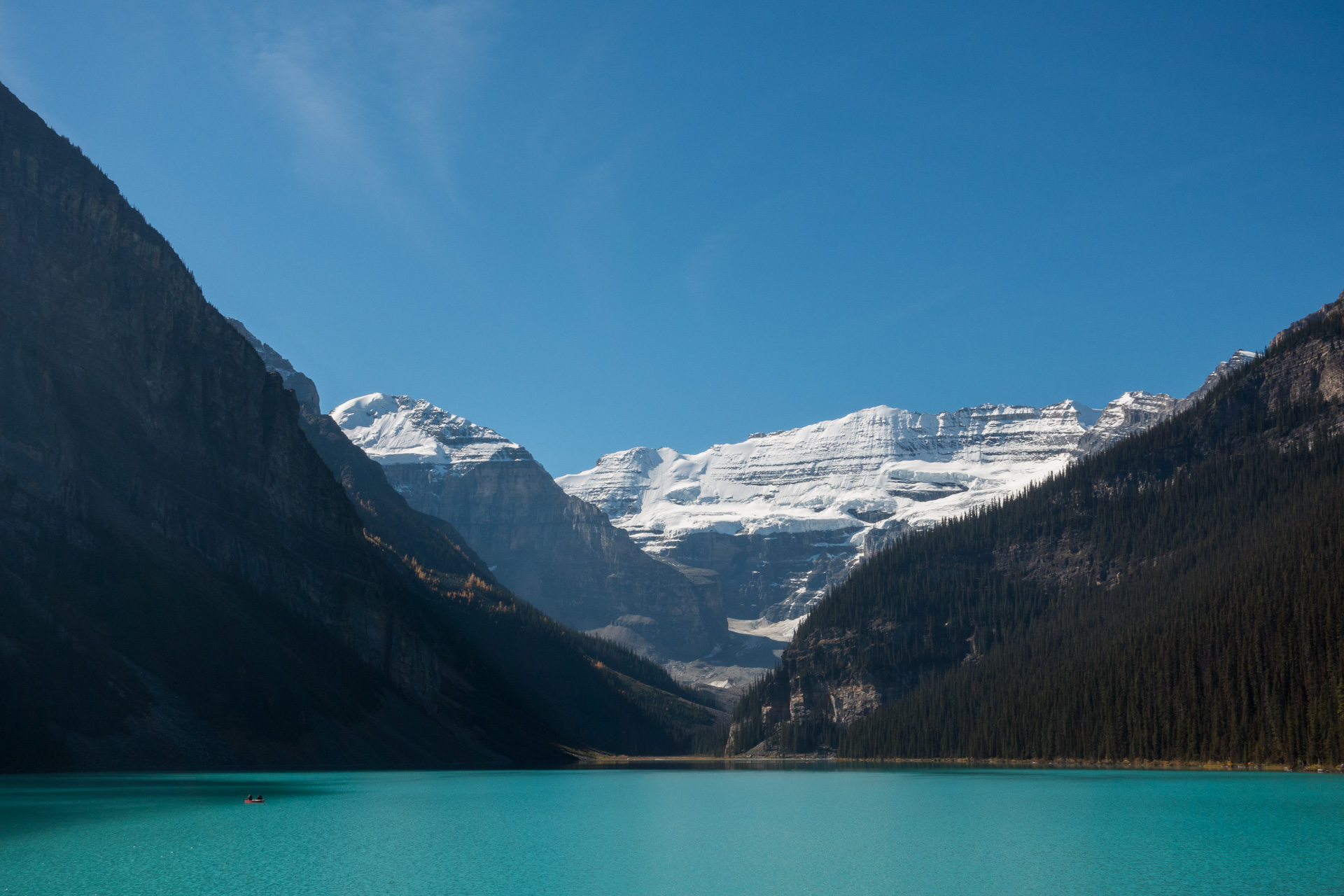 September 28 – 29, 2014: We set out to explore Lake Louise and Lake Moraine only to find out that the road to Lake Moraine was closed. We headed on to Lake Louise and, upon arriving, quickly realized what all the hype was about. The lake had absolutely stunning opaque turquoise water.

As we stood speechless, admiring the view, the cloud cover began to lift and wow! There were huge mountains located at the other end of the lake that weren’t previously visible to us. We later realized the reason the road to Lake Moraine was closed was due to this dense cloud cover. After taking in the beauty, we set out on a 3.4km hike up to Lake Agnes (400m elevation gain). At the 2.7km mark we arrived at Mirror Lake which also had stunning opaque blue waters – the color is a result of the glacier beyond the mountains and the sediment it leaves behind. At the end of the 3.4km hike is Lake Agnes, which actually wasn’t as beautiful in my opinion, and a tea house. Staff working at the tea house, which also serves light fare, hike in and stay for a few days at a time. Talk about a commute. After hiking back down, we were able to drive the curvy road up to Lake Moraine. The backdrop for the lake is a number of mountain peaks that are referred to as the Valley of the Ten Peaks. The view in the photo may look familiar to you as it used to be on the Canadian 20 dollar bill. There’s a short .4km hike up and around rock piles that allow for a better view.

I’m wondering if folks who live in this area realize that it’s so beautiful. They must think so much of the world is downright ugly.