Love and Marriage in Japan 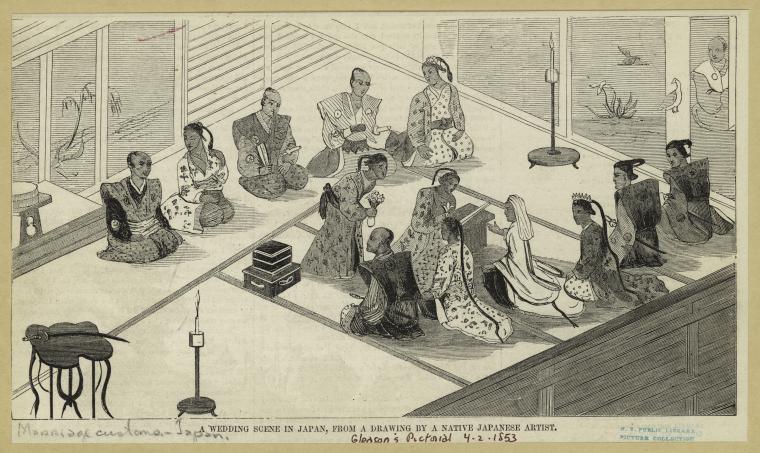 May 19 – 26, 2011: After the long flight from Newark, New Jersey, United States I arrived at Narita Airport outside of Tokyo, Japan on May 20, 2011. My parents had arrived a number of days prior and were staying in a room at a timeshare property. I had selected the most reasonably priced accommodation that was walking distance from their location but was also right outside a major train and subway station – Shinjuku station. I wasn’t sure that I’d have much time to explore Tokyo but wanted to ensure it would be easy to get around if I did have the opportunity.

I had found the following three maps online and opted for what seemed to be the easiest and most direct method of getting to the hotel – the Airport Limousine Bus. This is a popular method of getting into Tokyo from both Narita and Haneda airport and I figured I’d tackle the train and subway at a later time.

So, I walked outside the airport terminal and found the Airport Limousine Bus stop. It was easy enough to purchase a ticket for the approximately two hour ride. After arriving at the hotel, which had a very efficient check-in process and very helpful front desk staff, I visited the business center to print some additional maps. I hadn’t anticipated that my phone wouldn’t work (the United States has such old cellular technology!) so I was in need of some hard-copy maps to make my way to my parents’ accommodation. I wasn’t even sure that they would be there but I figured it didn’t hurt to get outside and see the sights anyway.

Despite my best efforts, I did not successfully find my parents and I turned back in the early evening. I thought that maybe I came within a few block radius of their accommodation but I wasn’t positive. Instead I walked around (and around and around), gazed up at all the tall buildings, and watched as people made their way home from work. I later emailed my parents and we sorted out where I went wrong.

The next day I met my father and took him on a mini-adventure whilst my mother was getting her hair done. We tackled the subway (this was slightly more difficult to figure out than I expected) but, aside from the large Toyota showroom, we didn’t see much that was very interesting. I probably should have done, on my own, a self-guided walking tour from my Lonely Planet guide book. This would have been a lot more interesting and fun for me. Nonetheless, we returned to our area and got ready for a family dinner. The dinner was lovely, at a nice upscale restaurant, and it was very nice to meet my new Japanese relatives!

The next few days were spent attending the wedding and getting to know our new family. The wedding was held at the Meiji Shrine. I will not pretend to know much about the history of the shrine nor its symbolism so I’d suggest reading this Wikipedia entry about the Meiji Shrine and this Wikipedia entry about Shinto weddings. The ceremony followed traditional rituals, including attendance by family, a procession, and customary dress. It was an absolute honor to attend and witness such a sacred event. The reception also took place on the grounds of the Meiji Shrine and was attended by many people. The bride and groom sat at raised table with their siblings alongside them (that included me!). The majority of the reception was spent eating and drinking delectable Japanese cuisine and listening to lovely words about the bride and groom. I was grateful to the bride’s brother for translating!

The day before I departed, my parents and I visited the Hakone Open-Air Museum as a day trip. We chose this attraction because my parents visited Japan about twenty years ago and my mother remembered loving this museum. This outdoor art museum contains an amazing selection of sculptures by both Japanese and Western artists (including Henry Moore, Rodin, and Miró) as well as a building dedicated to works by Picasso. I love sculpture gardens and also found this outdoor art museum to be spectacular; I highly recommend you visit if you ever have the opportunity! Meanwhile, check out these photos and videos right now.

In order to get to the museum we first took a train, the Odakyu Line from Shinjuku station (right outside my hotel) to Hakone-Yumoto station (this can take up to two hours), and then took the Hakone Tozan Railway to Chokoku-no-Mori station. The railcar is notable because it is the only mountain railway (from 108 meters to 553 meters elevation) in Japan and contains a number of switchbacks along its route. Halfway through the journey the driver and the conductor swap positions and the train continues on its path with the train in a reverse direction. From the Chokoku-no-Mori station, it was only a two minute walk to the museum.

In addition to the museum, Hakone is a mountain town famous for its hot springs, views of Mt. Fuji, and the red torii (gate) of the Shinto shrine – Hakone Jinja – on the shores of Lake Ashi. The Hakone area is one (of four) sections of the Fuji-Hakone-Izu National Park; one of the first national parks established in Japan.

We definitely didn’t have enough time to experience Hakone and the surrounding area; I would recommend spending a few days in the area – check out Hakone accommodation options. For that matter, there is so much more to this beautiful country and I look forward to future exploration!

When I departed Tokyo the next day, I again used the Airport Limousine Bus. The maps depicting its pickup stop were helpful so I’ve included them here.