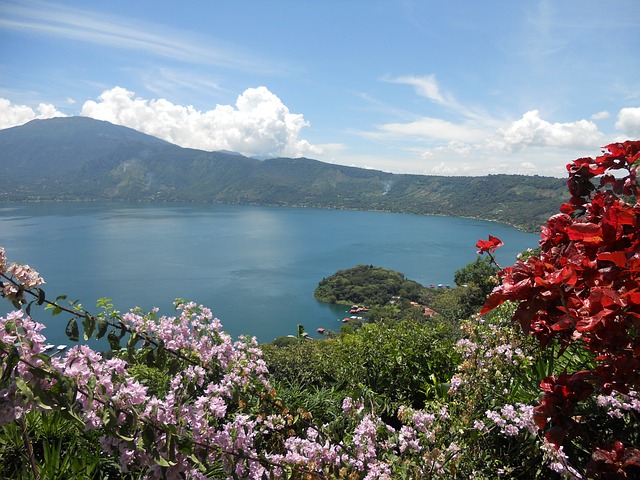 April 15 – 26, 2011: This trip was full of surprises from start to finish! The plan was to meet friends that I met on a recent GAP Adventures Essence of Nicaragua tour and spend a few days exploring El Salvador before taking transport to Roatan, Honduras for some beach time, and then fly home from Tegucigalpa, Honduras.

UPDATE: Gap Adventures is now GAdventures and the Essence of Nicaragua tour is still offered today. The itinerary is slightly different than it was in 2010 but I’m sure it is still amazing! We highly recommend GAdventures and have used them for over five trips between the two of us.

Our time in El Salvador, including the accommodation, was arranged by Salvadorean Tours. One of my friends found this tour company online and contacted them to arrange a day tour but they ended up assisting us with almost the entire booking in the greater San Salvador area.

Two of us flew in to San Salvador, El Salvador on the same connecting flight from Houston, Texas, United States. Our first stop was our accommodation outside of San Salvador in the area of El Zonte beach near La Libertad. This was where we were meeting up with our other friend who had been traveling in Central America since our Nicaragua adventures in December. The accommodation was nice but very empty – it felt like we were the only guests! This was fine by us and we spent time relaxing on the beach and catching up on happenings since we last saw each other in Nicaragua.

We then returned to the city of San Salvador. From here we participated in a day tour provided by Salvadorean Tours. We had wanted to experience both colonial San Salvador as well as the surrounding natural area so the tour guide first drove around the city explaining various things followed by the highlight – a visit to Parque Nacional Los Volcanos (formerly known as Parque Nacional Cerro Verde). The national park contains three volcanos – The Izalco Volcano, The Santa Ana Volcano, and the Cerro Verde Volcano – as well as the volcanic lake Coatepeque. Cerro Verde is an inactive volcano located at an altitude of 2035 meters and has a cloud forest in and around the crater. We were taken on a guided tour of the park as well as a nature hike through the eco trails in the park. From the vantage points we visited, we had amazing views of the Izalco Volcano and the Santa Ana Volcano, as well as a panoramic view of Coatepeque Lake. And, on the nature hike we learned about the local flora and fauna.

After that brief time in the greater San Salvador area, we departed for San Pedro Sula. From here we took another bus to La Ceiba and then a ferry to Roatan. When we arrived in Roatan we took a taxi to our hostel where we were staying for the next five nights. Fun fact: there are no addresses in Roatan so know some landmarks of where you’re going!

I had booked us three dorm beds at $8 USD per person per night ($5 additional per person for bedding/towel) at the Roatan Backpackers Hostel. Whilst in Roatan we spent every day on the beach and lounging about the West End area. In the evenings there was plenty of nightlife and we drank and danced too much.  One evening we returned to the hostel (where up to now we’d had the dorm to ourselves) to find a young boy sleeping in my bunk bed – Salvador from El Salvador – and he was using my linens. The situation resulted in laughs for days to come.

When it came time to leave this island paradise, we took the ferry back to La Ceiba and then the bus to Tegucigalpa. We arrived in the late evening and, as we were nearing the bus station, we were noticing how empty the streets were and the few people we did see were men with machine guns. And, we were pretty sure they weren’t police.

We pulled into the bus station and had no choice but to exit the bus. A few of us got off the bus and, sure enough, there were men with guns. Quite a different atmosphere than the paradise we just left! And, unfortunately, we hadn’t booked any accommodation in advance. We looked at each other and hopped into the first taxi that pulled into the station. The taxi driver didn’t seem too pleased that we didn’t have a destination but we explained we were just looking for a cheap place to stay for the night. He took us to more than one place but none seemed to have availability. We were getting a bit nervous as the streets were still empty (minus the random men with guns), the taxi driver wasn’t stopping at any lights, and all the buildings were secured with big gates. We were very grateful when he helped us secure a place to stay despite the fact the front door of the accommodation had a large locked gate, the gentleman at front desk of the accommodation was behind bars, and there was another locked gate at the foot of the stairs that led to our room. Our room itself was pretty gross. We all covered our beds with random articles of clothing so we wouldn’t touch the sheets. And there might have been a bullet hole in the wall. Let’s just say it was a bit sketchy.

The next morning we set out for Tegucigalpa Airport to return home. But, things continued to not go according to plan. Our friend who was spending more time in Central America managed to fly out but the flight that my other friend and I were on was cancelled. We were told to come back to the airport the next day. We didn’t know it at the time but apparently, Tegucigalpa Airport is the second most dangerous airport in the world due to its short runway and proximity to mountainous terrain. As a result, flights are regularly cancelled when there is fog.

After the previous night, we decided to stick to an airport hotel for accommodation even though it was more expensive. We returned to the airport the following morning but, yet again, our flight was cancelled. At this point we started to catch on to the fact that the flight could be delayed day after day after day. So, our master plan was that we’d take the bus back to San Salvador, El Salvador and fly home from there. We got the airline to book us on a flight departing from San Salvador the next day and high tailed it to the bus station. The agents at the bus ticket counter were none too pleasant and kept telling us that the bus was sold-out. Yet, we watched someone buy a ticket after us! We eventually decided that our only option would be the local chicken buses.

We walked out to the side of the road and got on the first chicken bus that was going the right direction. After a long and interesting journey we made it to San Salvador and got on a flight back to the United States (arriving home two days later than originally scheduled). Clearly we should be on The Amazing Race reality television program. I had never heard of this television program but I think we’d kick ass.

UPDATE: Honduras has been in the spotlight since our return. Unfortunately it is because in 2011 Honduras had the highest per capita murder rate in the world and the United States decided to withdraw Peace Corps volunteers due to safety concerns. Thankfully, the murder rate has been slowly declining since then. I hope that we all will continue to visit Honduras and enjoy and support Honduras and its people.

UPDATE: In addition to this El Salvador and Honduras adventure and our previous adventure in Nicaragua, I have visited and traveled again with these amazing new friends!