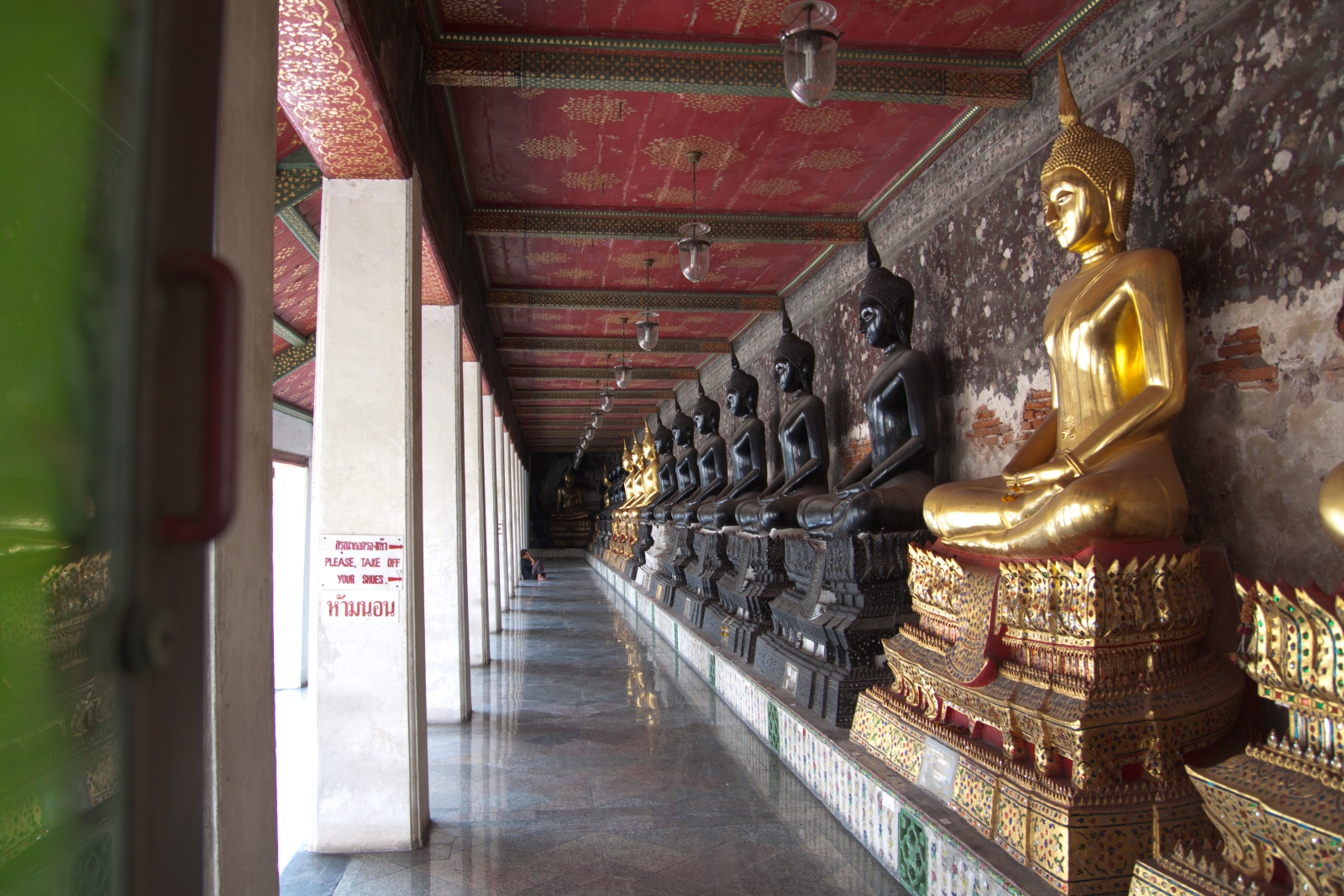 April 2 – 5, 2010: Our flight from Newark Airport in New Jersey, United States on April 2nd to Suvarnabhumi Airport, Bangkok, Thailand had a layover at Narita Airport in Tokyo, Japan. When we arrived in Bangkok it was the evening of April 3rd and we had two nights and one day to explore the city before departing with our tour group on our GAP Adventures Roam Cambodia tour.

We dropped our bags at the pre-departure hotel and headed out on foot. We wandered in the dark and found a few temples before returning to the hotel for some sleep. The next day we took a water taxi and wandered the streets. We visited the backpacker ghetto of Khaosan Road, stumbled upon the Red Shirt protests (this was before the protests turned violent and a state of emergency was declared on April 8th), gazed up at the Giant Swing, and explored the adjoining Wat Suthat Buddhist temple with its 28 Buddha statues.

Our whirlwind tour of Bangkok scenery took a brief interlude as we met our tour group at the hotel around dinner time. We exchanged introductions and discussed the departure plans for the next day. We then set out on our own again; stopping at the Bed Supperclub Bangkok to see the inside of this unique structure. We spent most of the evening ogling at the farangs looking to secure an evening with a Thai woman.