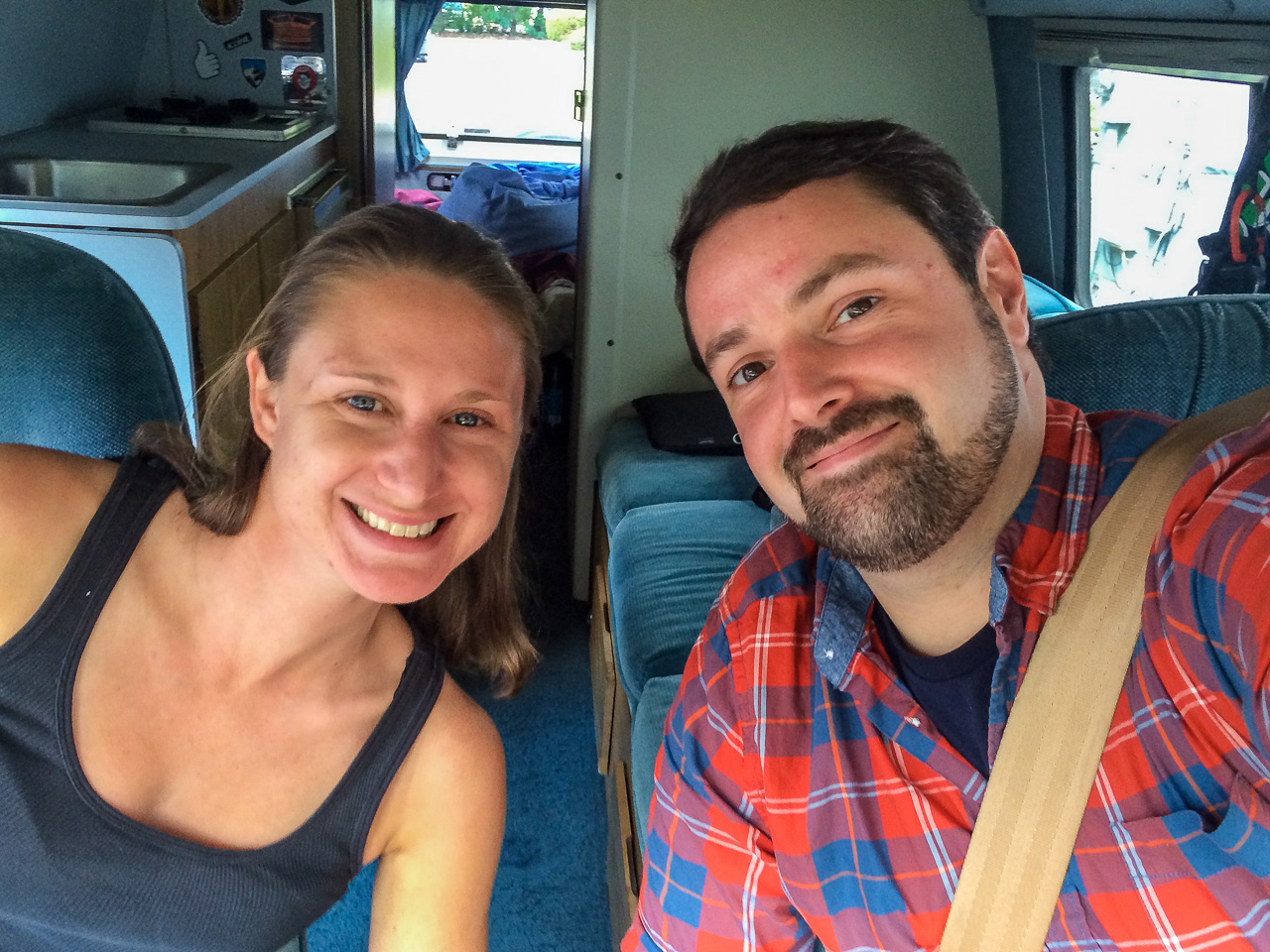 September 15 – 19, 2014: We departed New Jersey in the late afternoon on September 15th with the knowledge that it was going to be a long next couple of days. We had to make it to Calgary, Alberta, Canada by September 20th for a wedding. We drove and drove and drove…

In North Dakota we had our first trouble with Camper Dan since departing New Jersey.  He wouldn’t start but we waited patiently and he eventually got going. We were starting to think there was some gunk in the fuel tank that was clogging the fuel line and, if we waited long enough, it settled back down to the bottom. We figured we’d investigate once we had more time.

Then, in Montana, Camper Dan decided to stall out whilst driving on a long empty stretch of highway with no cell service. This time he didn’t seem to want to start back up; Michael started blowing out the fuel lines and I flagged down a gentleman in a pickup truck going the opposite direction. He offered his keys to me so I could drive up the road for cell service and he was going to stay behind with Michael to try to help out. It seemed so odd to me that he’d offer his keys (I could just steal his truck!) but, in retrospect, it was a safer situation. Needless to say, I was startled and suggested he come with me. Eventually his phone had service and I was able to call AAA for roadside assistance. Of course, when we returned to Camper Dan, Michael had gotten him started by blowing out the fuel lines. We figured we’d better take the opportunity to keep moving. However, this was one of our first experiences (on this trip) of the kindness and generosity of strangers. Those actions stick with you; thank you Mr. Montana!

Next up we stalled out about 20 miles outside of Calgary (we waited it out) and then again about ten miles from our Calgary accommodation which was where the wedding was being held the next day. This last stall occurred on a major highway during the evening rush hour. We barely made it over to a small shoulder and decided it wasn’t safe to climb underneath Camper Dan in this location. We called AAA again – this time we were getting towed to a garage. Everything was now closed for the weekend so, with nothing left for us to do, we grabbed some belongings and our wedding attire, and took a taxi to our hotel accommodation.